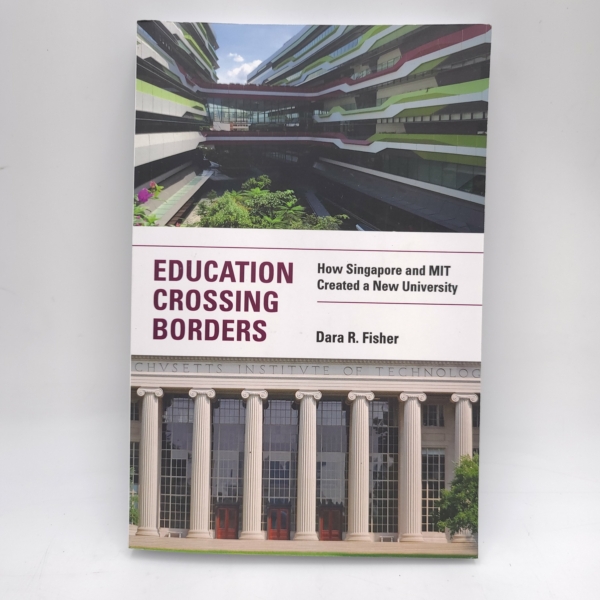 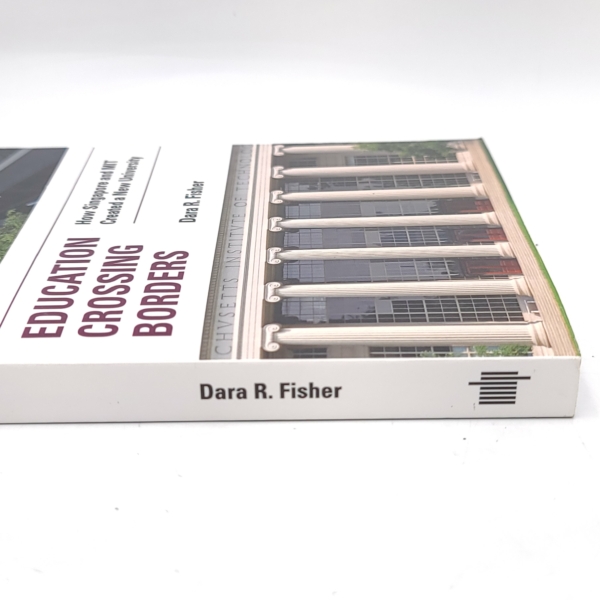 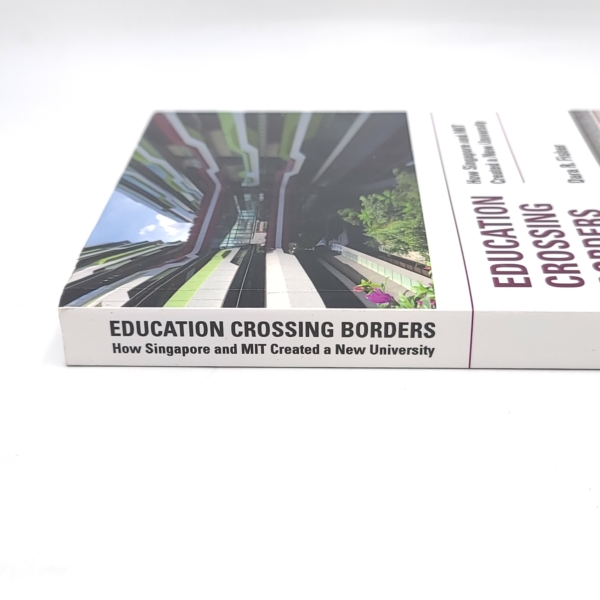 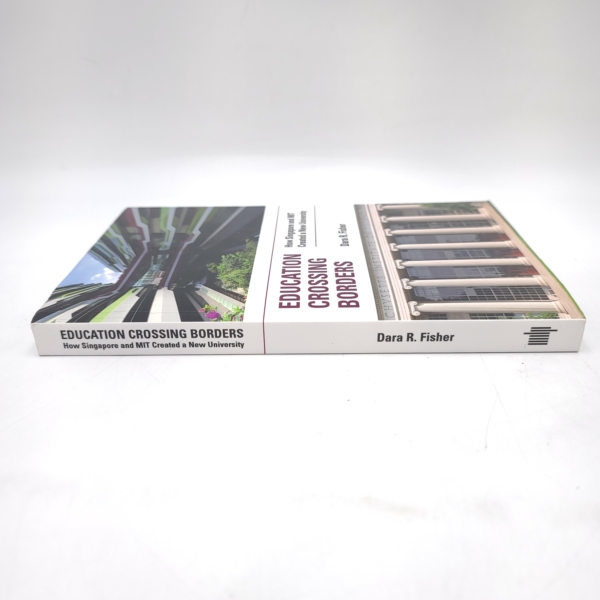 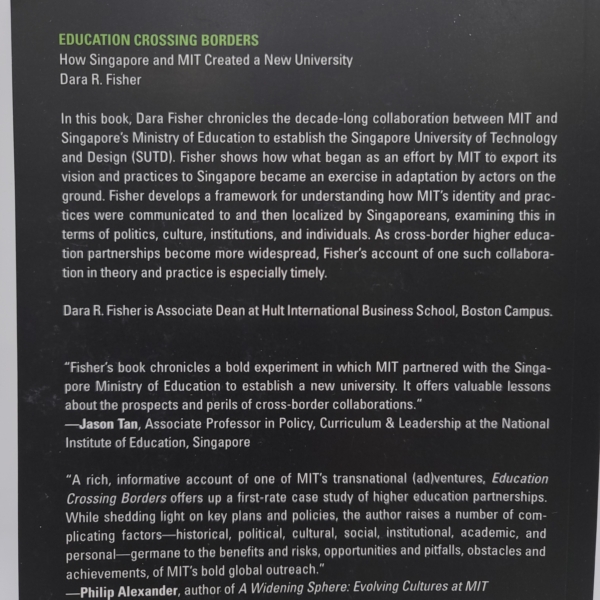 Only 1 left in stock

The chronicle of a ten-year partnership between MIT and Singapore’s Education Ministry that shows cross-border collaboration in higher education in action. In this book, Dara Fisher chronicles the decade-long collaboration between MIT and Singapore’s Education Ministry to establish the Singapore University of Technology and Design (SUTD). Fisher shows how what began as an effort by MIT to export its vision and practices to Singapore became an exercise in adaptation by actors on the ground. As cross-border higher education partnerships become more widespread, Fisher’s account of one such collaboration in theory and practice is especially timely. Despite the prevalence of cross-border higher education initiatives, there is little understanding of how these partnerships work. This book fills the gap, offering an in-depth ethnographic case study that draws on organizational behavior literature for theoretical support. Fisher describes the sometimes divergent priorities of the Singapore government and MIT as planning began in 2007; chronicles how the founding faculty, staff, and students sought to shape the new university; shows that MIT left decision making to local actors on matters it regarded as low priority (only to discover later that some of these decisions did not align with MIT values); and examines SUTD’s efforts to build an independent identity as Singapore’s fourth major public university within the Singaporean higher education ecosystem. Finally, Fisher develops a framework for understanding how MIT’s identity and practices were communicated to and then localized by Singaporeans, examining this in terms of politics, culture, institutions, and individuals.

This paperback book is new.

There are no reviews yet.

Only logged in customers who have purchased this product may leave a review.